One of the main tools we use, when working with groups for the first time, is student–led Social Media Charters.

A set of guidelines, or agreements, a group of young people make in relation to how they want to use social media. Charters are better when the ideas come from the young people themselves, rather than being imposed upon them. Charters work for any age but are particularly good in the first few years of secondary school when you're trying to establish good, safe boundaries.

So How do I Create a Charter?

Start with a whole group discussion about how the students currently use social media. What do they like, or not like, about it and what changes would they make if they could?

Break the class into groups of five or six. Give each group a big piece of paper and some colouring pens. Ask them to brain–storm behaviours they find acceptable and ones they don't.

Now ask them to write – or draw – a list of actions they like and ones they don't. For example, a group could agree not to share pictures of each other online without, first, asking permission from those in the images. Or, a group might agree not to accept online friend requests from people they don't know.

When it comes to actions or behaviours the group does like, they might agree to write positive or kind comments on a friend's social media profile or to be encouraging to each other online.

Get each group to stand in front of the class to talk about their Charter. Ask students to explain the points they've made and why.

If there are too many points to make one single Charter then put individual points to the vote, keeping the ones students like and rejecting the others. Ask students to give a ‘thumbs up' for points they like and ‘thumbs down' for ones they don't agree with.

Ask students one thing they'll take away from making a Charter and one social media change they might make.

At the end of this session you'll have one Charter which you can put in each classroom. It will also act as a useful point of reference if there are issues as the term, or year, progresses. 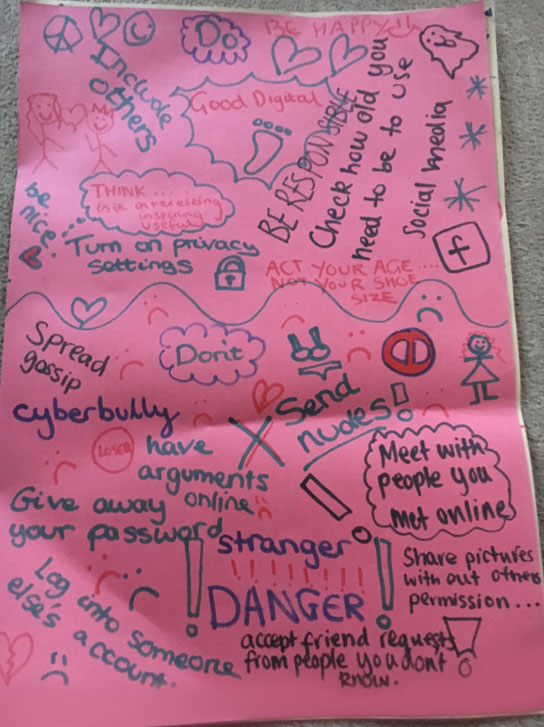 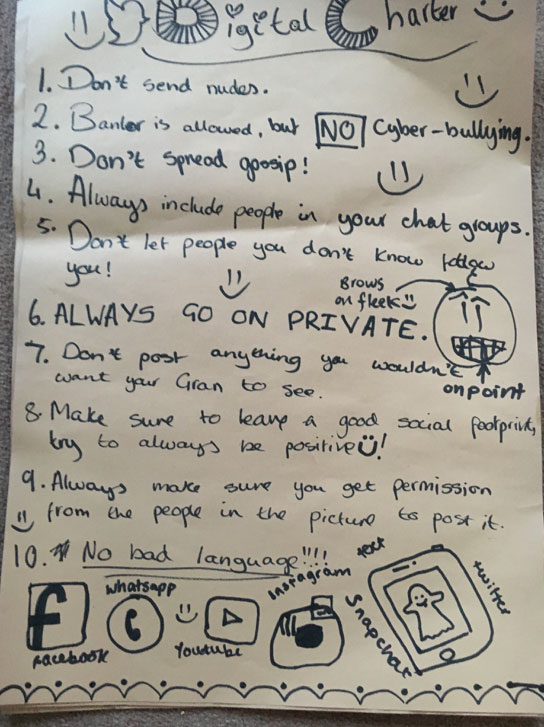 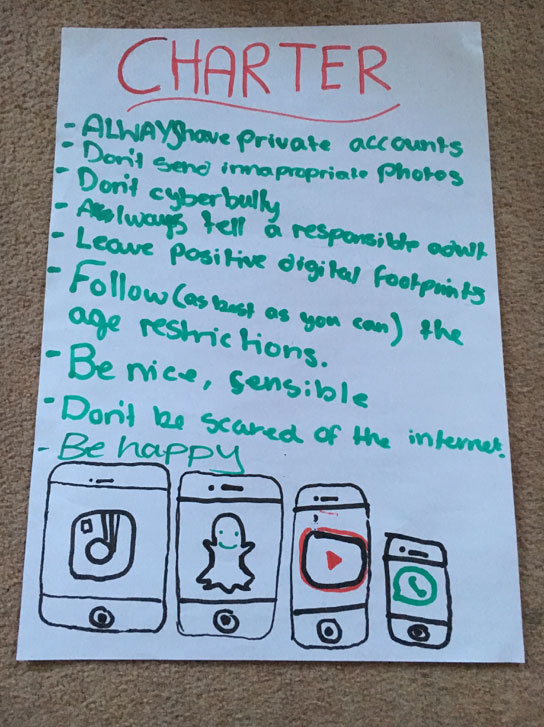